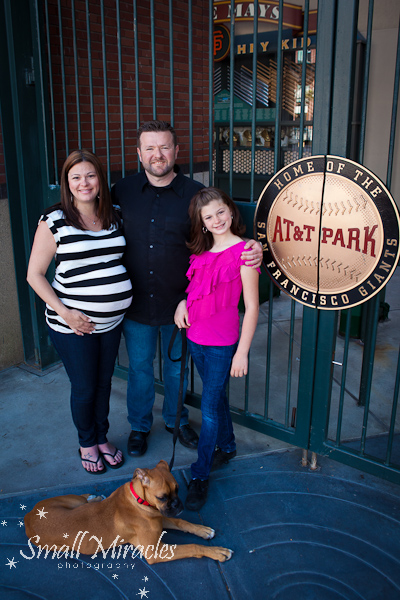 We are all still on cloud 9 after the Giant’s Worls Series win. It is amazing to say it out loud! The celebration continues!
I got a call from Missy and she said she was pregnant with her second baby and wanted to use San Francisco as the backdrop for her maternity photos. They had a place across from the ballpark and would love to shoot there. It is where her and her husband met and dated. It meant alot to them. I told her I was hesitant because that is not really my style. I shoot tight shots without much background. I referred her to a few other photographers that I thought might be better at capturing what she wanted. 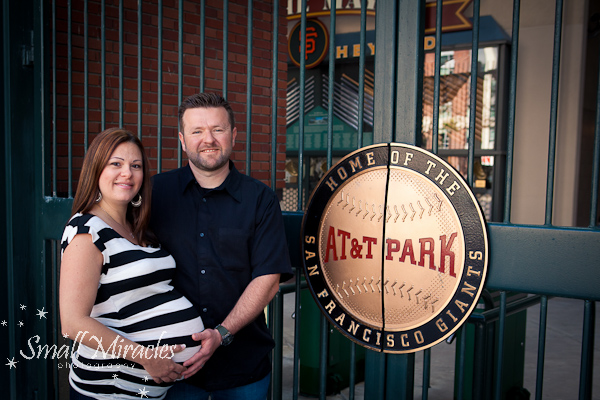 Missy thanked me for the referrals and we hung up. She called back a bit later and said, “If you will still take us we want to shoot with you. We respect your style and maybe you could do a few shots outside your comfort zone.” It was so cute. I knew I needed to be open. I just didn’t want to disappoint her. Of course I said OK.
I met up with Missy , Todd and Lexi. We had such fun walking around the ballpark and enjoying the warm weather. It was really fun being South of Market with the buzz from Giant’s opening day, the day before. I was glad that Missy challenged me and had such fun. 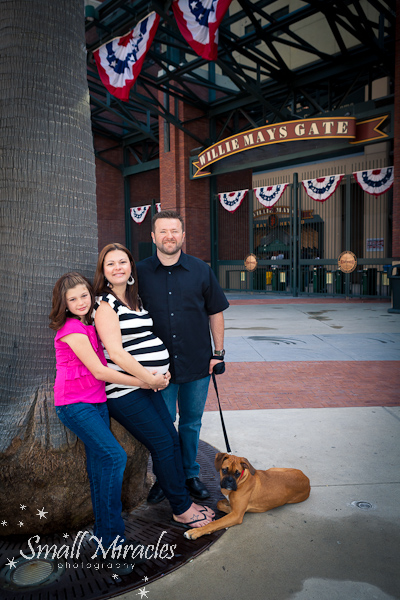 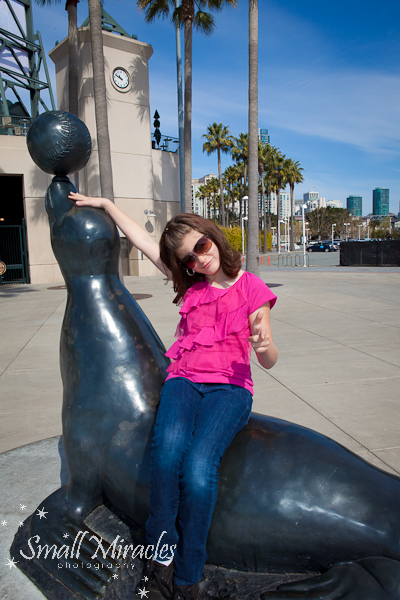 The family was so fun to shoot and even the dog Maci enjoyed the shoot and smiled for me! Lexi was a little model. She was up for anything I wanted to shoot. She had all the poses! I look forward to photographing them again. 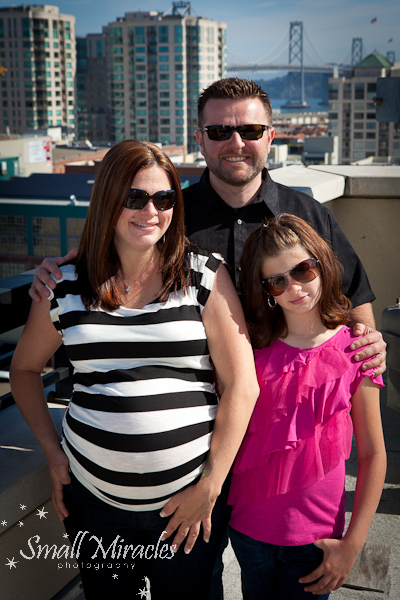